Know your liverLiver and brain

Liver and brain – how they are connected

This website is called „Liver and Brain“. You may have wondered how the two organs are connected. On this page, we would like to briefly explain to you how the health of the liver can influence the brain.

You might already know that your liver works as a filter that cleans your body from toxins. As long as the liver is healthy, it also protects the brain from harmful influences. However, if the liver is damaged and no longer functions normally, it cannot filter all harmful substances, such as ammonia, out of the blood.

Ammonia – toxic to the brain

When ammonia levels are raised – this is also described as hyperammonemia – brain functions such as concentration and memory are disturbed, mood worsens, fatigue and weakness appear. As soon as ammonia levels in the body are reduced, these problems are eliminated and the condition is normalized.

What causes ammonia in the brain?

Ammonia in the brain is usually triggered by excess body toxins. Normally, your liver expells toxic chemicals such as ammonia from your body. If your liver fails to break them down properly, they can build up in your blood and potentially enter your brain.

What causes ammonia in the liver?

Bacteria in your gut and cells create ammonia when your body breaks down protein. Ammonia is a waste product. Your liver turns ammonia into a chemical called urea. But if you have certain health conditions, like kidney or liver dys- or malfunction, your body can’t produce or expose of urea.

Is ammonia toxic to the brain?

Ammonia is very toxic to the brain and new research shows why: the glial cells‘ ability to remove potassium is affected. People with impaired liver function are unable to detox their body from ammonia quickly enough, which leads to excessive ammonia concentration in their blood. The result is excessive concentrations of ammonia in the blood.

Does ammonia cause hepatic encephalopathy?

Ammonia is highly toxic to the brain. Although it is generally accepted that ammonia plays a role in hepatic encephalopathy, some individuals with elevated ammonia levels do not develop symptoms, suggesting that additional factors play a role in the development of the disorder.

If you harm your liver, ammonia (NH4+) detoxification by the liver is impaired.
Ammonia accumulates in the blood and finally enters the brain. Astrocytes in the brain swell, causing cognitive dysfunction; in worse cases leading to hepatic coma. Thanks to a complex, but natural process, Hepa-Merz reconverts ammonia into urea, thus releasing the brain from toxic ammonia. 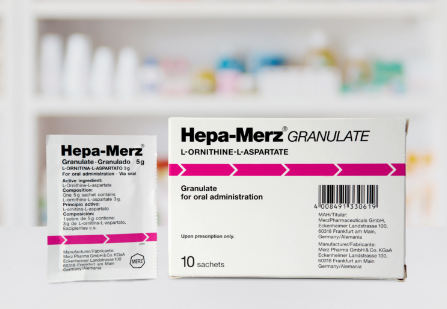 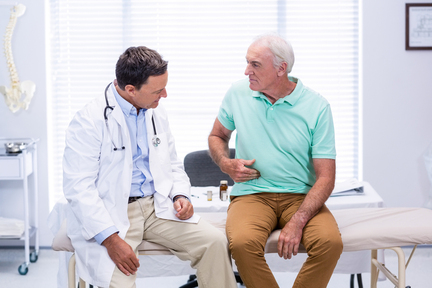 Find answers to important questions about the health of your liver.